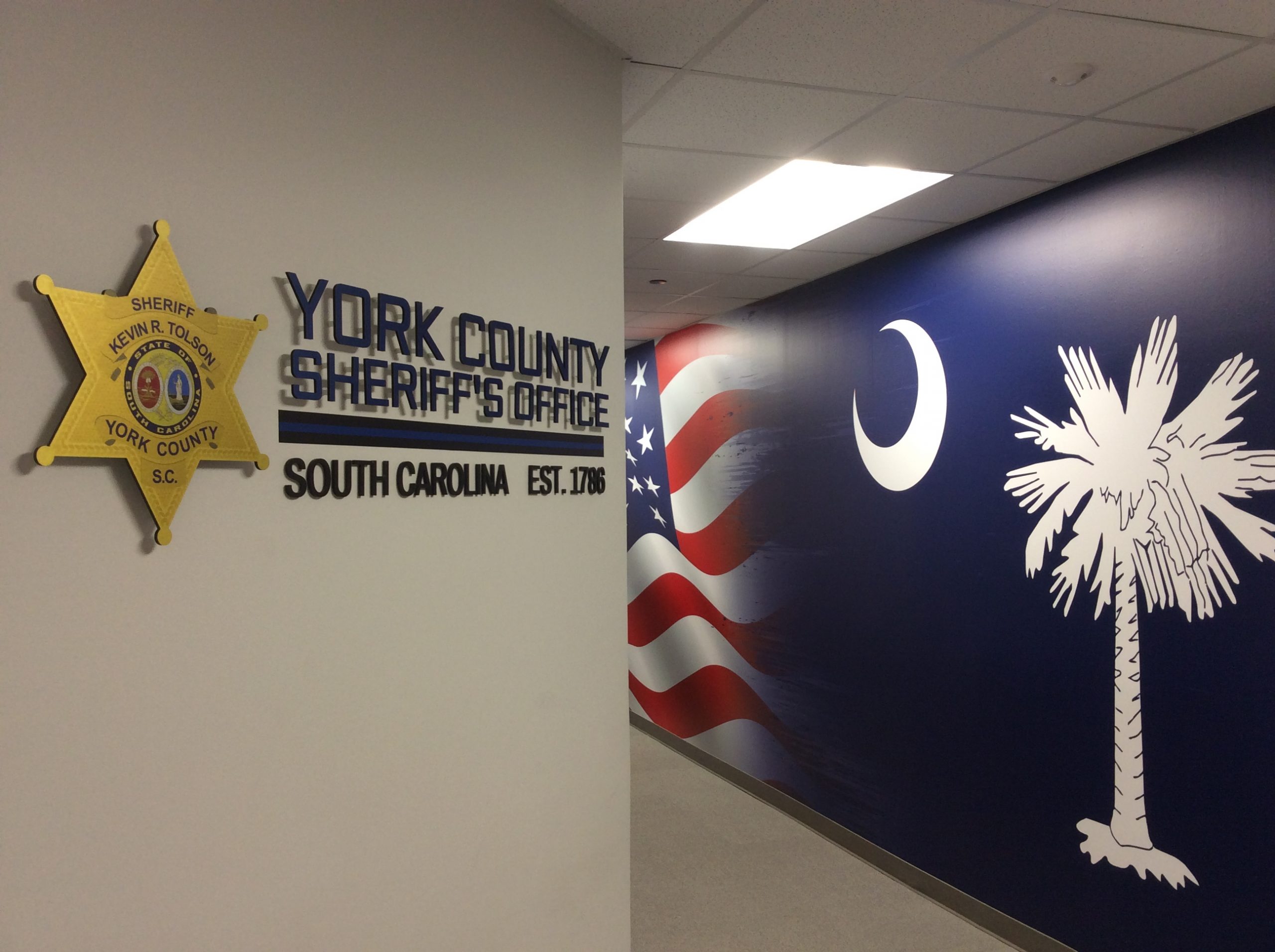 A Rejuvenated Wall of Remembrance and a Straightforward Installation Process

The history of the York County Sheriff’s Office is long and involved, which required a large wall wrap for the hallway that leads to the main meeting room, where press conferences are regularly conducted for local TV news in surrounding communities such as Rock Hill and Fort Mill. In addition, dimensional lettering signs and standoff mounted signs made of acrylic helped to make the history of the Sheriff’s Office come to life in a way that was eye-catching and dynamic.

Project Manager James Zambrano conducted the initial walkthrough and site survey of the space in order to give an accurate proposal for the finished signage. The BlueFire Team under James’ direction was able to make the process straightforward, simple, and transparent.

READ THE REST OF THIS CLIENT SPOTLIGHT

This site uses Akismet to reduce spam. Learn how your comment data is processed.